To begin this post, I will confess to having an attachment to the date of birth that Richard III wrote in his personal prayer-book.  In his own hand, he inscribed next to the entry for October 2 the words “hac die natus erat Ricardus Rex anglie IIIus apud ffoderingay Anno D’ni mcccc lijo” (“at this day had been born King Richard III of England, at Fotheringhay, in the year of our Lord 1452”).  I was born on October 2, five centuries later.  As a student of “Ricardian” history, it’s a point of pride for me to be born on the same calendar day as Richard — which makes me rather eccentric to say the least. 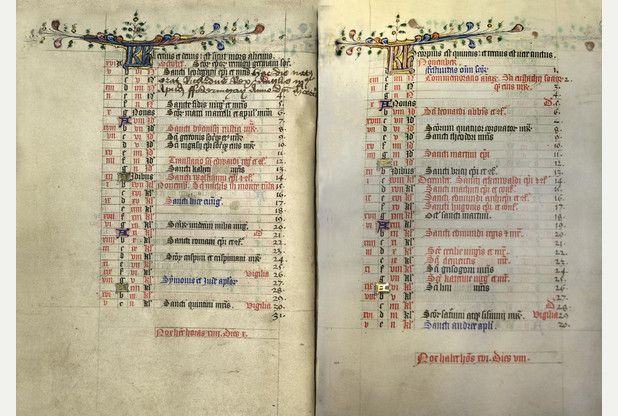 Nevertheless, it’s rare that we get to see anyone from the medieval period writing down their birthday, and so it is with some confusion that I see some people taking an issue with this date because they are distracted by the Gregorian calendar which came into existence in 1582, almost 100 years after Richard became king and then died.  What are we to make of the differences between the Julian (medieval) calendar and the Gregorian (modern) one?  Should we adjust the date of Richard’s birth to account for our modern calendar?

One author, Joan Szechtman, has addressed this dilemma.  In her blog Random Thoughts of an Accidental Author, she writes that dates need to be adjusted

… only if the story takes place between October 1582 and September 1752. This is because in February 1582, Pope Gregory XIII issued a papal bull to correct discrepancies in the calendar where the solstices didn’t align. The bull decreed that ten days were to be eliminated from the calendar such that the day following Thursday, October 4, 1582 would thereafter be known as Friday, October 15, 1582 (instead of October 5th)—hence eliminating ten days from that year. Years that were divisible by 100 must also be divisible by 400 to be a leap year, and new rules were put in place for determining the date on which Easter fell. In addition, leap day was moved from the day before February 25th to the day after February 28th. (I wonder if the Julian leap day was February 24.5?)

A further complication was the day celebrated for the New Year. Not only did it vary from country to country, but also between groups within a country. So the New Year may have been celebrated in March, January, or December. This bull also set the New Year to January 1st.

When Pope Gregory made his calendar, it was not intended to be applied retroactively to previous centuries and past dates were not altered.  The main reason historians engage in “date adjustment” is to account for discrepancies during the period when Great Britain was still using the Julian calendar whereas Roman Catholic countries on the Continent had followed the papal bull and adopted the Gregorian one.  So, if one happened to be dealing with an event that was recorded in France as occurring on October 12, 1590, and if one wanted to find out what was happening in England on that same day of the week, one would have to look at what the English had recorded as occurring on October 2, 1590.  Historians notate this by indicating whether the date in question is Julian (“Old Style” or “OS”) or Gregorian (“New Style” or “NS”).

Historians have not applied the Old Style/New Style system to dates from the 15th century because there’s no need to.  What happened on October 2, 1452 in England also happened on October 2, 1452 in France, since both countries were following the Julian calendar then.  At most, historians sometimes designate 15th century years in the manner XXXX/Y, e.g., 1480/1, which is to convey the difference between the medieval legal year, which in England began on Lady Day (March 25), versus the calendar year which began on January 1st.  This would apply only to dates between January 1-March 24, and is intended to assist the reader with clarifying the calendar year in question.  Because Richard was born on October 2, well after Lady Day, there is no need to make any such notation for his birth year of 1452. 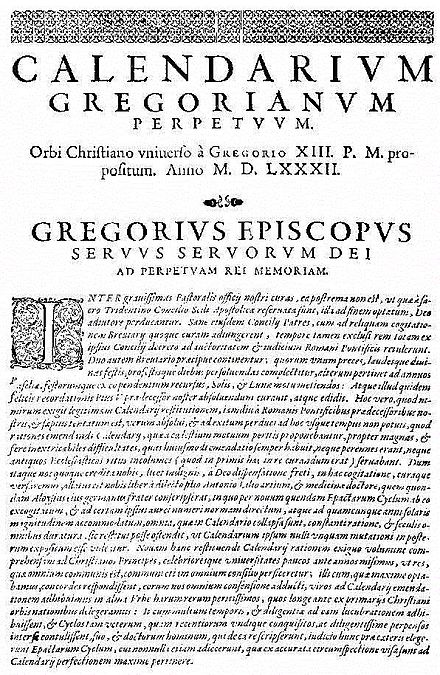 More importantly, the Gregorian calendar only affected the civil calendar, not the religious one.  This is another reason to be very cautious in applying it retroactively — a process that results in what is called a “proleptic Gregorian calendar”.   For example, the Battle of Agincourt is recorded to have occurred on St Crispin’s Day, the 25th of October, 1415 – no one disputes the month or day of the week on which it happened.  Would any serious historian claim that we should recalculate that date based on the Gregorian calendar?  If we do, then we must apply the rule of calculation for the “proleptic Gregorian calendar” and add 9 days to that date* – making the battle fought on November 3, the feast day of Winifred the Virgin Martyr.  Imagine how utterly different the narrative of that battle would be written if Winifred had to replace St Crispin in this speech from Shakespeare’s Henry V:

This day is call’d the feast of Crispian.
He that outlives this day, and comes safe home,
Will stand a tip-toe when this day is nam’d,
And rouse him at the name of Crispian.
He that shall live this day, and see old age,
Will yearly on the vigil feast his neighbours,
And say “To-morrow is Saint Crispian.”
Then will he strip his sleeve and show his scars,
And say “These wounds I had on Crispin’s day.”
Old men forget; yet all shall be forgot,
But he’ll remember, with advantages,
What feats he did that day. Then shall our names,
Familiar in his mouth as household words—
Harry the King, Bedford and Exeter,
Warwick and Talbot, Salisbury and Gloucester—
Be in their flowing cups freshly rememb’red.
This story shall the good man teach his son;
And Crispin Crispian shall ne’er go by,
From this day to the ending of the world,
But we in it shall be rememberèd-
We few, we happy few, we band of brothers;
For he to-day that sheds his blood with me
Shall be my brother; be he ne’er so vile,
This day shall gentle his condition;
And gentlemen in England now a-bed
Shall think themselves accurs’d they were not here,
And hold their manhoods cheap whiles any speaks
That fought with us upon Saint Crispin’s day.

Changing dates can therefore have a profound, and unintentional, effect on the historiography of an event.  If we use the “proleptic Gregorian calendar” to say that Richard III was actually born on the 11th of October instead of the 2nd of October, then don’t we also change what saint’s feast day would have been celebrated on the day of his birth?  Admittedly, this may seem esoteric to modern secularists, but to medieval people this might have been deemed slightly heretical.

Finally, there’s the argument that we should adjust Richard III’s birth date because it would be more accurate in terms of a seasonal or astronomical understanding.  Our “understanding” of October 2 today means that the sun rises and sets, and that particular constellations would be ascendant in the sky, at X, Y, and Z times; in 1452 all those things would be different on the day they recorded as October 2.  In Fotheringhay, Northamptonshire, the sun rises 15 minutes later on October 11 than on October 2 according to modern calculations.  As pointed out by several writers of historical fiction, this may be important for how they portray past events such as battle scenes.**  It may also be important for those who subscribe to the study of astrology, and for casting astrological charts.

I am not a strong believer in astrology, but even if one were, the astrological argument is confounded by the fact that the Earth’s rotation is not a constant speed.  The Earth’s rotation is actually slower with every passing day, making today ever so slightly longer than yesterday.  Even under the Gregorian calendar, there are fluctuations in the dates of the solstices; in 1903, the date of the winter solstice was December 23, whereas in 2096, it will be December 20 – 2.25 days of variation compared with the seasonal event.  Sir John Herschel noted that the Gregorian calendar fell behind in the astronomical seasons, and therefore offered a different way to calculate leap years (a proposal that has yet to be adopted).  So, if we stood at the site of Fotheringhay Castle on October 11, 2017, it is unlikely that what we would see in the skies would have been precisely identical to what Richard’s contemporaries had seen on October 2, 1452.

Phew! Are you confused by now?  I know I am!  This is really complicated material.  And I am by no means an expert on this issue.  Personally, I believe that changing dates from the 15th century to meet the 21st century calendar is slightly dodgy, and leads to a distortion of the historical record.  Perhaps I am wrong, and am missing the counter-argument(s).  I welcome hearing alternative views; but until then, if Richard wrote that he was born on October 2, then that’s good enough for me.

(**To change the date from October 2 to October 11 would also alter the day of the week Richard was born on – from Monday to Wednesday.  How that may impact the historical narrative is unknown or of minimal value, but it does result in a discrepancy between the “truth” of his birth date and one that results in a “pseudo-truth”.)

For a free, on-line digitization of Richard III’s Book of Hours, including his handwritten note regarding his date of birth, see http://leicestercathedral.org/about-us/richard-iii/book-hours/

For the medieval calendar of saints’ days, see http://www.medievalist.net/calendar/home.htm

5 thoughts on “Was Richard III born on October 2 or October 11?”